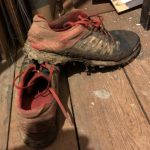 It was foggy driving down over the North Downs to the start. It looked like it was going to be a murky day. I was expecting a couple of brief showers but the rain was heavy and persistent in the early part of the Marathon and some light showers returned in the late afternoon. At least it wasn’t wet all day! None the less, it was muddy underfoot! We had the best ever year for entries (390) and starters (322)!

We introduced the online entry system for the first time which proved popular and possibly was a reason for higher numbers?

I guess if the trend continues we may need to start thinking about limiting numbers.

Chiddingstone was the lunch stop and was well stocked with beverages, sandwiches, cake, rice pudding and other treats. 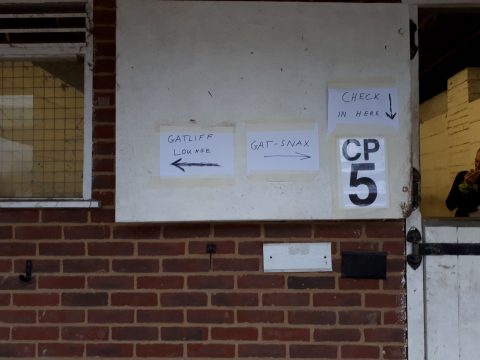 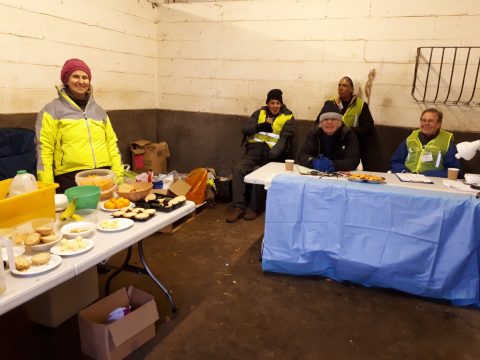 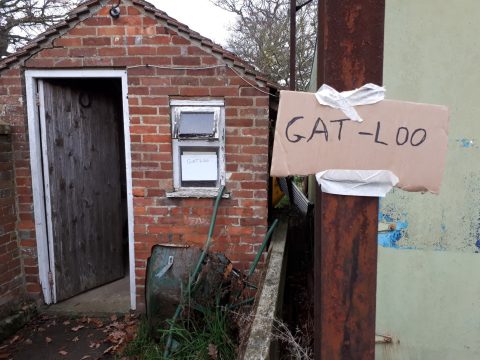 The table below compares how tough this year’s event was in comparison to other years based on two “hardness measures”. For all three routes it was easier than average year on one measure (Av. Time) but on the other measure it was tougher than average. That’s the beauty of statistics! I guess it means it was fairly typical. For more detail on each year since we started see the Gatistics later in the report.

David Wakeling continued his almost perfect record by completing his 34th event. For a rundown of the top completers, see results later in the report.

Congratulations go to the Tara, Peter and Brian for completing 10 50km events each in 10 hours or less. They will be receiving a special certificate through the post. There are now 39 members of the exclusive 500km+ club.

Congratulations to the front runners of each event.

We hope you enjoy pondering over the results and various statistics that follow.

Cautionary Note:
This year we did have an incident with a horse escaping from a field due to a gate being left open. The Country Code asks for gates to be left as they are found, however if you leave a gate unlatched for a following walker or runner please make sure the following person knows to secure the gate. If in doubt close and latch the gate.

The same land owner was also concerned about dogs enroute scaring the horses so please be mindful of other animals along the route by keeping your dog on a lead and under control.

It’s difficult to know exactly what happened or even if it involved Gatliff entrants but we do need to keep the landowners, whose land we cross, onside for the sake of future events so please bear in mind next year. Thanks.

Finally, a big thank you to Margaret Philipson and her team of COPSE marshals that give their time and, sometimes, their body heat in service of the Gatliff! Also thanks to Dick Ockenden for devising and writing the route description for all distances.

Merry Christmas, Happy New Year and we look forward to seeing you next year for our 36th event!
(If you can, it would help us greatly if you pre-enter.)